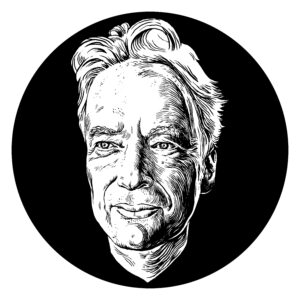 WHO ARE YOU? PODCAST SERIES

Who Are You? is a series of podcast’s undertaken by Dutch journalist Fred de Vries with key figures and stakeholders engaging on the Transformation and Identity debate in both South Africa and the Netherlands. These podcasts will serve as a digital archive of first-hand recollections and perceptions on this debate.

What is this series about?

Fred de Vries (Rotterdam, 1959) is a highly experienced Dutch writer/journalist, who permanently moved to South Africa in 2003. He started his career as a journalist in Uganda and Kenya, working for Radio Netherlands International and Trouw daily. After completing the one year Post Doctoral Course in Journalism at the Erasmus University in Rotterdam in 1991, he went to South Africa for three years, where he earned a living as a freelancer. Upon his return to the Netherlands he started working for de Volkskrant newspaper as the Africa editor. In 2006 he published Club Risiko, a look at 80s underground music in six cities. His next work was The Fred de Vries Interviews; From Abdullah to Zille, for which he spoke with a huge number of South African cultural movers and shakers. In 2012 he wrote a book about the post-1994 fate of the Afrikaners, called Afrikaners, volk op drift, translated into Afrikaans as Rigtingbedonnerd, a book that has become a standard work on South Africa. That same year he published Gehavende Stad with Erik Brus, an overview of 50 years of literature and music in Rotterdam. In 2019 he completed Wiegelied voor de witte man, a journey into the roots of the blues and racism in America’s Deep South and South Africa.

Club Risiko was nominated for the Gouden Uil book award in 2007, while Afrikaners, volk op drift was nominated for Best Journalism Book and Best Travel Book in 2013. De Vries was nomi­nated for Correspondent of the Year in 2014 and 2015.

Our first guest Emily Marshall is a young first generation South African. She was born in 1994, a couple of months after South Africa’s legendary democratic elections, which makes her part of the born-frees as well as a millennial. Emily’s parents would be classified as ‘immigrants’, with roots in Germany and Zimbabwe. They also have strong Christian beliefs – as does Emily who moved around a lot and eventually ended up in the Western Cape. She is busy finishing her Masters in Occupational Therapy at the University of Cape Town, where she also experienced the increasingly turbulent and polarizing Fees Must Fall protests. How does she fit in? Where does she get her sense of identity from? Is she an insider or an outsider? What does her life look like? What are her ideals and aspirations?

Alfred Schaffer is a 48-year old Dutch poet who lives in the coastal South African town of Somerset West, not far from Cape Town. When he’s not writing poetry, he lectures at the University of Stellenbosch. Over the years Alfred has become one of the most, if not the most celebrated Dutch poet. This year he won the most prestigious Dutch literary award, the 60.000 euro PC Hooft Prize for Literature, which makes him one of the youngest winners ever. His mother was born on the small Caribbean island of Aruba, while his father grew up in the southern Dutch province of Limburg, which makes Alfred “a person of colour”. In other words, he’s a brown Dutchman living among brown, black and white people in the most southern tip of Africa. This raises interesting questions about identity, about his Dutchness, his South Africanness, the confusion he encounters, and the art of fitting in.

Mark Gevisser is a Johannesburg-born author and journalist who has written a series of outstanding, prize-winning non-fiction books. After a groundbreaking insight into homosexuality in South Africa, Defiant Desire (1996), he made waves with his comprehensive biography of former president Thabo Mbeki, called Thabo Mbeki: The Dream Deferred, which won the Alan Paton Prize in 2008. Equally well received was Lost and Found in Johannesburg, a memoir of place and sexuality, home and identity, which came out in 2012. His latest work, published last year, is The Pink Line, Journeys Across the World’s Queer Frontiers. Time magazine put it in its top 100 must-reads of 2020, while Irish novelist Colm Tóibín called it ‘astute and nuanced’ and ‘engrossing’ in his review for The Guardian. For his research, Mark traveled far and wide to explore how the conversation around sexual orientation and gender identity has come to divide the world in an entirely new way over the first two decades of the twenty-first century. Mark lives in Cape Town with his husband and dog.

Deborah Poynton is a Cape Town based artist, who specializes in huge canvasses with hyper realist figurative paintings. She had her first solo exhibition in 1998 and is represented by Stevenson Gallery in Cape Town. She currently has career overview of 57 works in the Drents Museum in the Dutch town of Assen, which runs until the 5th of October. Poynton has a somewhat different sense of belonging than most of us. She was adopted shortly after her birth and lived in three different countries before returning to South Africa at the age of nineteen. Her work represents her continuous search for a home as well as for the sublime.

Dr. Nomalanga Mkhize (1981) is a historian who lectures at the Nelson Mandela University in Port Elizabeth, in the Eastern Cape. She is fluent in five languages and has led a nomadic life, moving from KwaZulu-Natal to Mpumalanga to Swaziland and back to various places in South Africa. Apart from writing academic papers and thoughtful opinion pieces, she has also published three children’s books. The last one, In Africa with Avi and Kumbi was translated into Dutch as In Africa met Avi and Kumbi, and published in the Netherlands in 2020 by Van Holkema & Warendorf, who promote it as ‘a book about the real African history’. Dr. Mkhize is married and lives in Makhanda, previously known as Grahamstown.

Mmusi Maimane is a 41-year old South African politician. He was born in Soweto near Johannesburg and currently lives in Cape Town. For over four years Maimane was leader of the biggest opposition party, the Democratic Alliance. On October 23rd 2019 he stepped down, a few days after his political foe Helen Zille was elected as the DA’s federal council chairperson, a highly influential position. Since then, Maimane has concentrated his political efforts on the One South Africa Movement, a civic organisation which aims to make an end to staid political situation in the country, which, despite numerous serious corruption scandals, has been dominated by the ANC for the last 27 years.

Anton Kannemeyer is a South African visual artist who excels at satire. He is the founder of Bitterkomix magazine and his work has been bought by South African and international collectors. He has had exhibitions in the United States and all over Europe. His last South African exhibition with political work dates from 2015. It was the start of a controversy that centered around his caricature depiction of black characters, which would eventually result in a rift between the artist and his gallery. Subsequently, several online sites have refused to sell his work. Kannemeyer maintains he’s a victim of cancel culture. In this episode of Who Are You? we hear his side of the story. A word of warning: this podcast contains some swearing.

Other articles dealing with the matter

For this bonus podcast of Who Are You we spoke with the renown American singer/songwriter/actress/scholar and Grammy winner Rhiannon Giddens. So this one has nothing to do with South Africa or the Netherlands, but it does deal with issues such as identity and authenticity. Giddens has done extensive research on the black roots of country and the impact of racist policies on the development of this music, which is one of the best selling genres in the United States. Inspiration for the interview came from Fred’s well received book Blues for the White Man (Penguin Random House, 2021), which deals with issues of race and music in America’s Deep South and South Africa. Enjoy this episode as our New Year’s gift to you.

Elelwani Ramugondo and Frank Kronenberg are a mixed race couple – she’s South African, he’s from the Netherlands. They’re both experts in Occupational Therapy and work for the University of Cape Town (UCT), where Prof. Ramugondo was recently appointed as the Special Advisor on Transformation to the Vice Chancellor. This means she’ll be dealing with tricky issues such as diversity and decolonisation. Ramugondo and Kronenberg, who both have a PhD, are very committed people, thinking hard and deep about social change and the effects of history on our current state of affairs. Before he came to South Africa, Kronenberg was working with gangs and street kids in Latin America. Ramugondo was involved in controversy around the appointment of a deputy-vice chancellor for UCT, which went to a white woman who in the eyes of UCT’s black caucus was less qualified than Ramugono. The case went to court and eventually found its way to the Constitutional Court, where its still pending.

Siona (prounounced Sheena) O’Connell is a Cape Town writer, filmmaker, researcher and academic. She made more than half a dozen movies, most of them focusing on the plight of the so called ‘coloured’ population of the Western Cape. A few years ago, she published a beautiful book about the Cape Town suburb of Harfield Village, a place where up to the early 1970s white, black and coloured people lived together in harmony. That is, until the apartheid authorities decided that this form of racial integration was bad for the white race. The non-whites of Harfield were forcibly removed to townships far away from the city center. Similar measures took place all over the country, affecting millions of people. O’Connell, who at the time was classified as ‘coloured’, has done extensive work to look into the mental scars that these racial politics have left on non-white South Africans, and how this has affected their sense of belonging.

Although South Africa’s original inhabitants, the San or Bushmen, were virtually wiped out during the colonial era, that doesn’t mean there aren’t any Bushmen left in the country. Most of them came from Namibia and took part in the so called Border War in which they fought with the South Africa army against the liberation movements in Namibia and Angola. After the Namibian independence in 1990 these Bushmen soldiers and their families were relocated to the Northern Cape, where they continue to live under dire circumstances. There are however exceptions. Nunke Kadhimo (1989) is the daughter of a soldier of the 31 Battalion, who now shines as a highly knowledgeable tour guide in the !Kwa ttu center near the West Coast town of Yzerfontein, which focuses on the culture and history of the Bushmen of southern Africa. Not only that, but, as you’ll hear in this episode of Who Are You, she’s also a gifted performer, who has worked with one of South Africa’s most famous poets, Antjie Krog.

Frances van Hasselt is a young South African designer who does miracles with mohair. She studied at Stellenbosch University and UCT, spent three years in Hong Kong, did stints in Japan and Italy, but eventually chose to open her business in small the village of Prince Albert in the semi-desert of the Karoo, some four hours north of Cape Town. In the podcast she talks about her love for this barren landscape, her fascination with mohair and especially about how Prince Albert survived Covid and actually came out stronger and more united than ever.