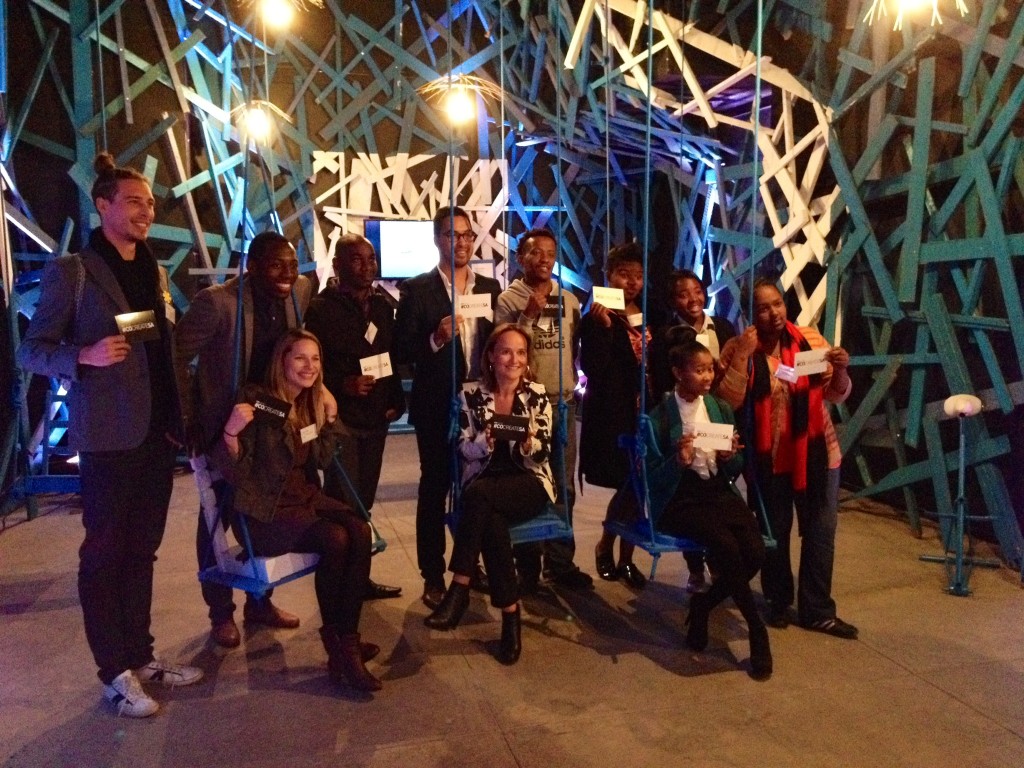 Since she took office one year ago, Dutch Consul General Bonnie Hobach has made it a priority – both personally and professionally – to get to know the inspirational locals in her community.

“You need to know a society in order to establish a relationship, and relationships create contracts,” says Horbach.

Initiating Department of Design and the Netherlands’ involvement in World Design Capital were both part of that commitment. But Ms Horbach also wanted to engage with Capetonians on an intimate, personally level. So was born the revolving Changemakers dinner at her residence.

These dinners are small gatherings, where people from many different backgounds share a meal as well as their personal experiences and opinions. Diaolgue is open, honest and – no matter what the topic – inspiring.

There have been three Changemakers dinners so far, but not until last night has this remarkable network gathered in one place. At a very special event, Horbach invited all the Changmakers to meet at Department of Design. To her, Department of Design was the ideal place to host such a gathering while maintaining the intimacy the dinners are known for.

“Changemakers are people who are changing society are the people pushing boundaries, breaking the mould and making a difference. It’s important to hear how these people want to change their cities,” said Horbach in opening remarks.

“Our space at Department of Design is a non-threatening environment where people from different aspects of life can meet each other and explore different solutions.”

Indeed, the event was a meeting of the minds of some of Cape Town’s most impressive thinkers and creators. Amongst the guests were members of Mxit, Sleek Geek, Miss Emma Jude, This Is Africa, Creative Nestlings, Chimurenga, Western Cape Government, African Arts Institute, Creative Cape Town and many more.

This evening also introduced some very special additions to the Changemakers network. The winners of the #cocreateSA selfie competition were also announced. Amongst the 10 winners were four young women from Khayelitsha’s Code4CT programme.

“I were so inspired by the ideas that you shared, and that you had the courage to go online and post them,” said Horbach to the winners.

Bridging the past, present and future of Changemakers was the perfect launch into an evening full of hearty conversation, innovative idea spreading and the making of new friends. And this is the lifeline of what Horbach hopes will be the legacy of World Design Capital. Although it is a three-week long event, those who meet here and share in the #cocreateSA message will continue the project’s work well beyond the event and 2014.

“What we are trying to do is to get people together. We may not leave on 26 July with concrete outcomes, but we will have introduced people who will make a connection. And that is a gift for them to build a long-term relationship,” Horbach said.

Be inspired by the #cocreateSA winners below. Then, join the conversation online and tell us how we can work together. 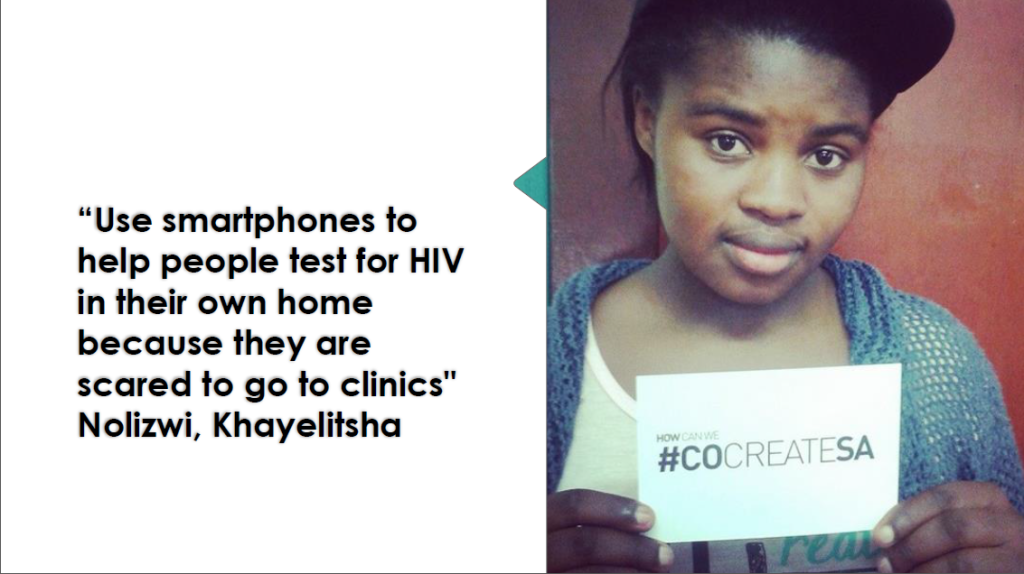 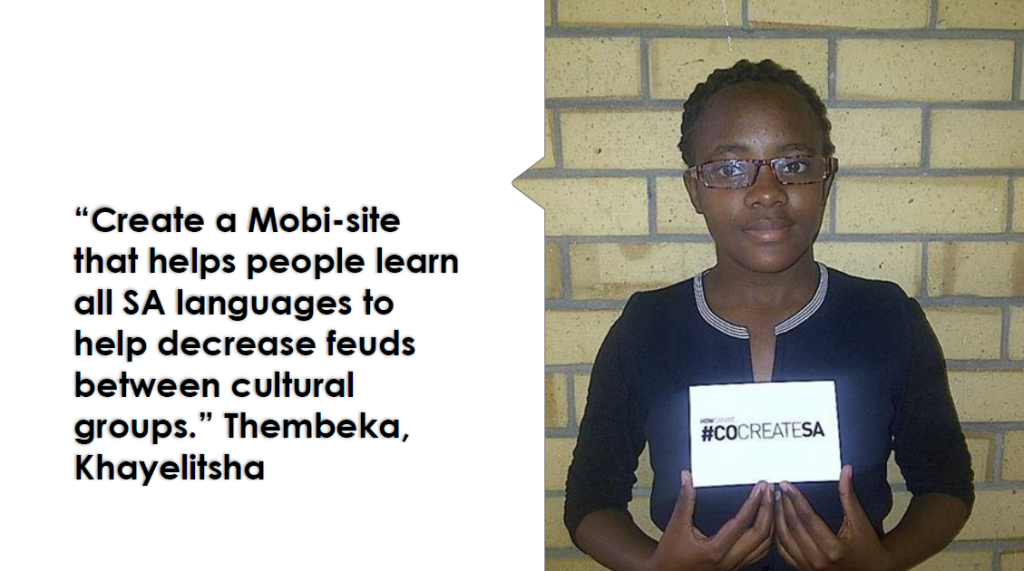 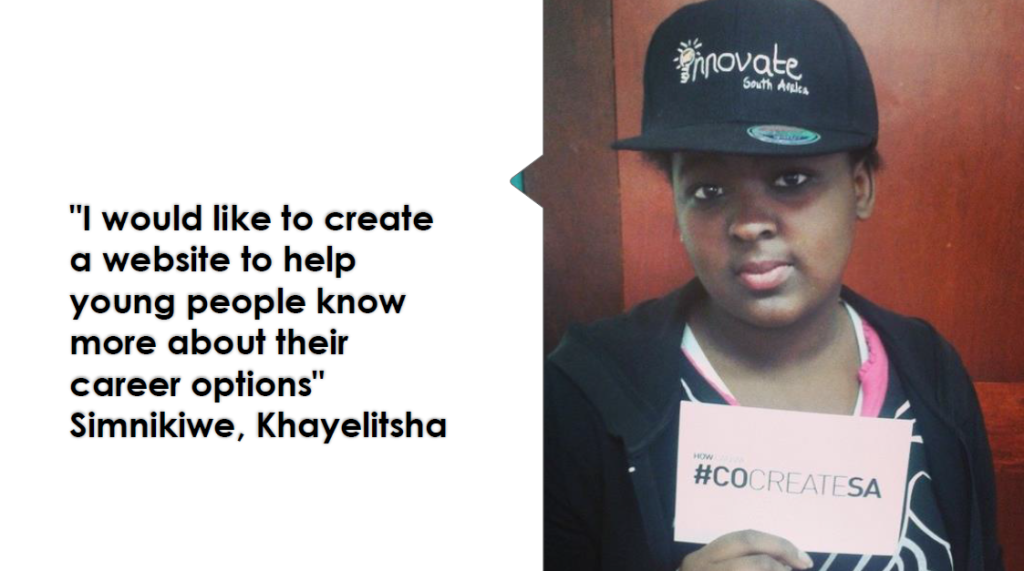 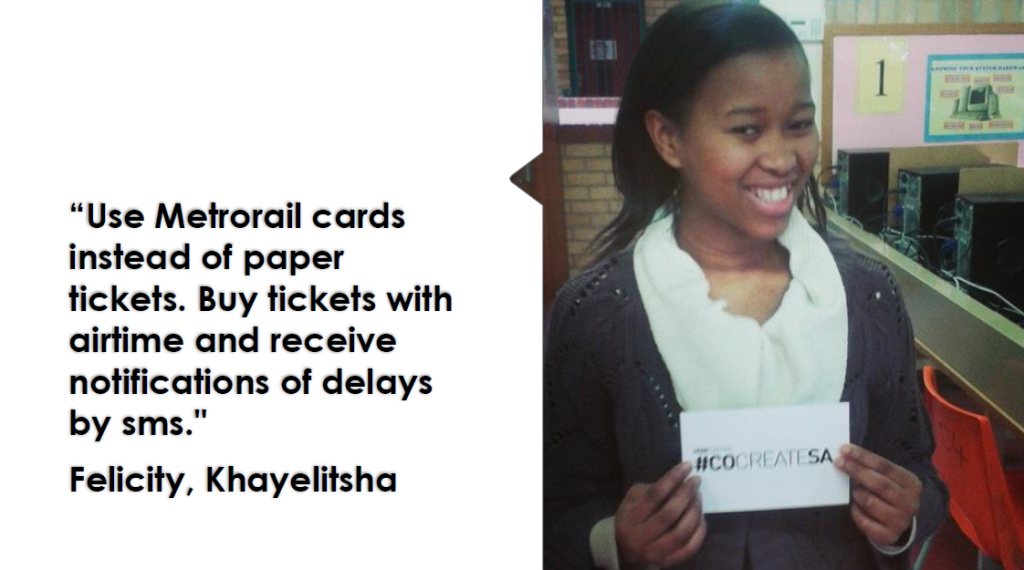 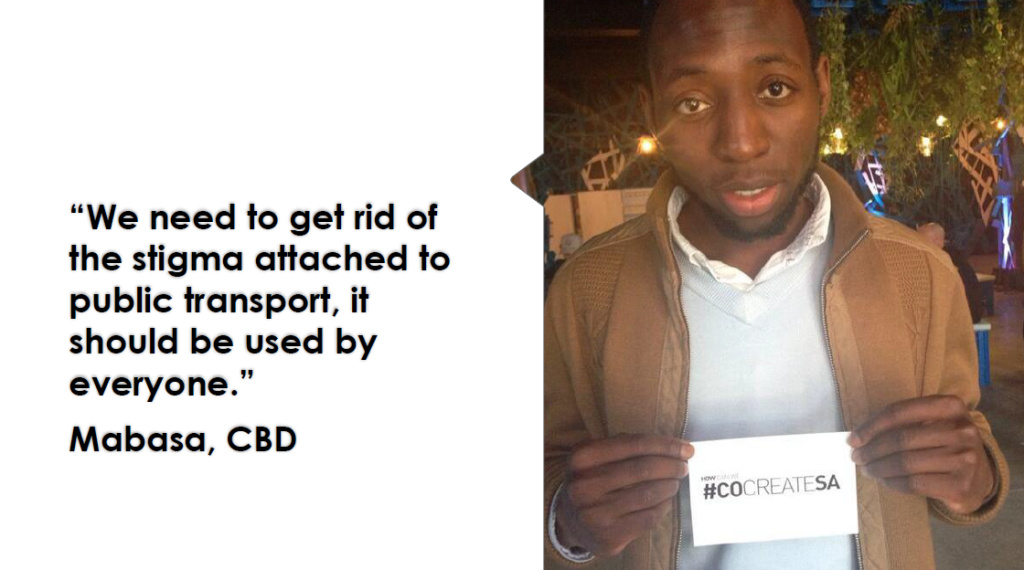 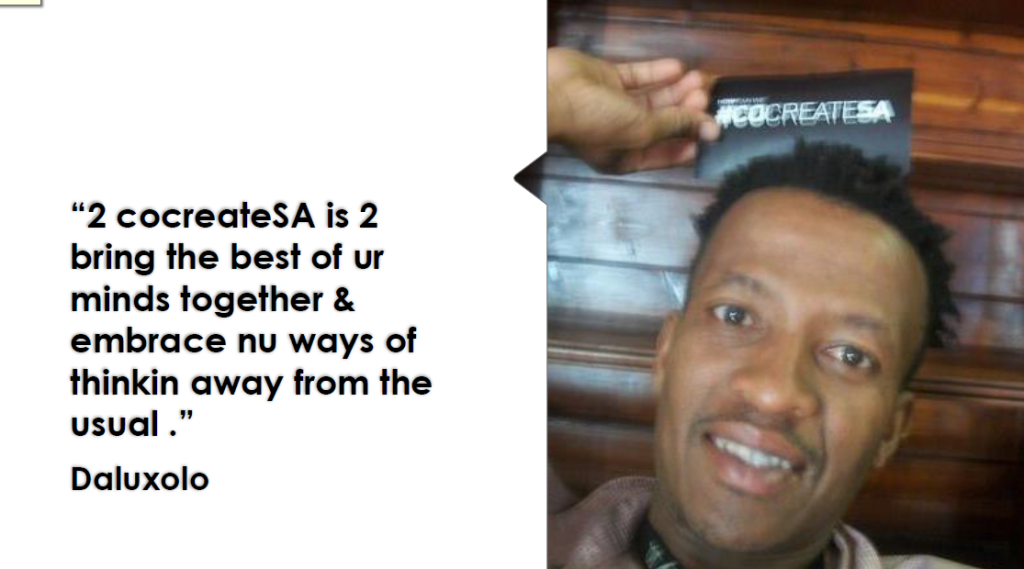 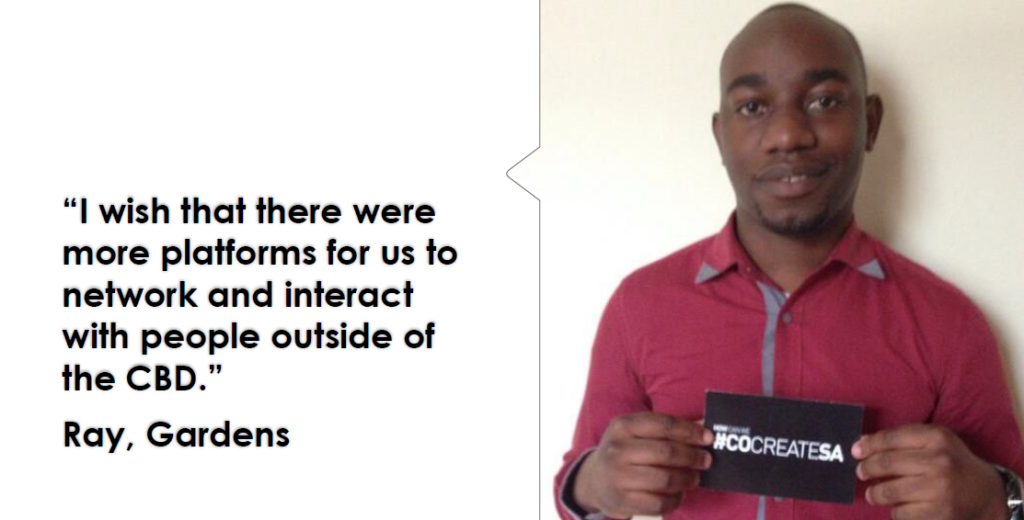 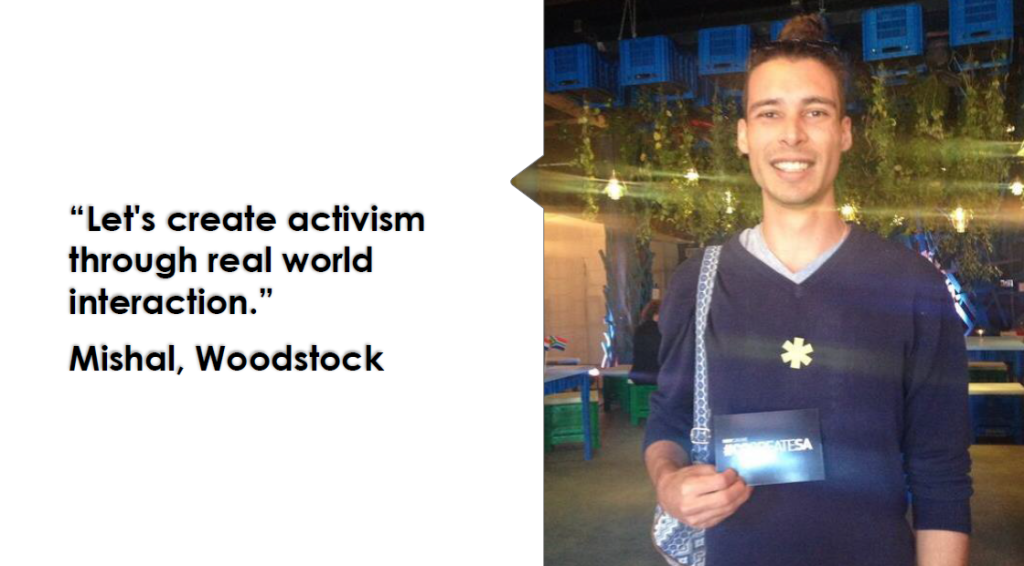