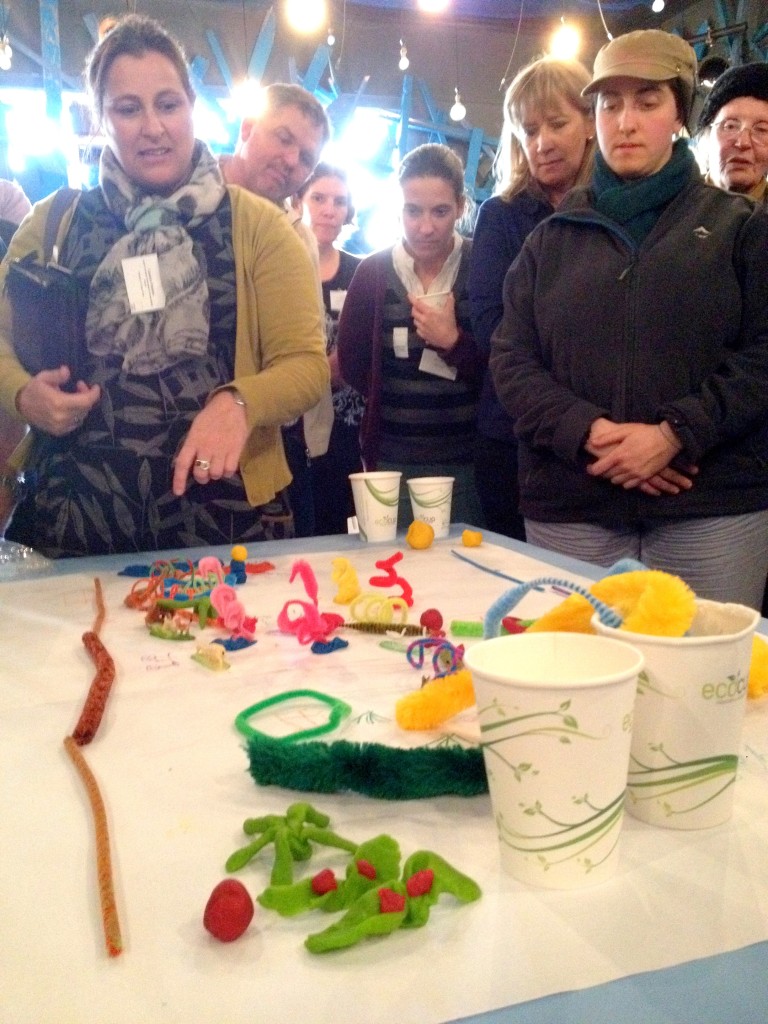 Neil Armitage, Professor of Civil Engineering at the University of Cape Town, opened up the Healthy Rivers workshop by analysing the Liesbeek River Catchment area. By providing the audience a current context of the state of the river, the objective was to get the audience to think of creative ways to improve it for the future. Currently around the Liesbeek, land use is mainly residential. Due to its close proximity to the University of Cape Town, many of the houses are rental properties. As Armitage indicates, if a person is renting a property, he often tends to treat the rental differently than someone who owns the house and who would care more about its long-term state. “What is the biggest problem going on with the river? Well, I say its people.” Armitage reflects that currently, the Liesbeek water quality is very poor. While the Friends of the Liesbeek River, an environmental group dedicated to cleaning the river, is beneficial in helping to reduce the amount of trash that finds its way into the water, neighbourhoods further down the river stream including those of Observatory, Rondebosch, Rosebank are some of the worst contributors to litter. In addition to water quality being poor, the neighbourhoods need to take more initiatives to conserve their water supply.  Armitage presented the audience with methods of water conservation:

As the above numbers indicate, if people learned to use water more efficiently, households could save on about 50% of their current water bill. Armitage explained that simple initiatives such as attempting to reduce one’s water use and participating in river clean-up sessions could go a long way towards helping improve Liesbeek water health. 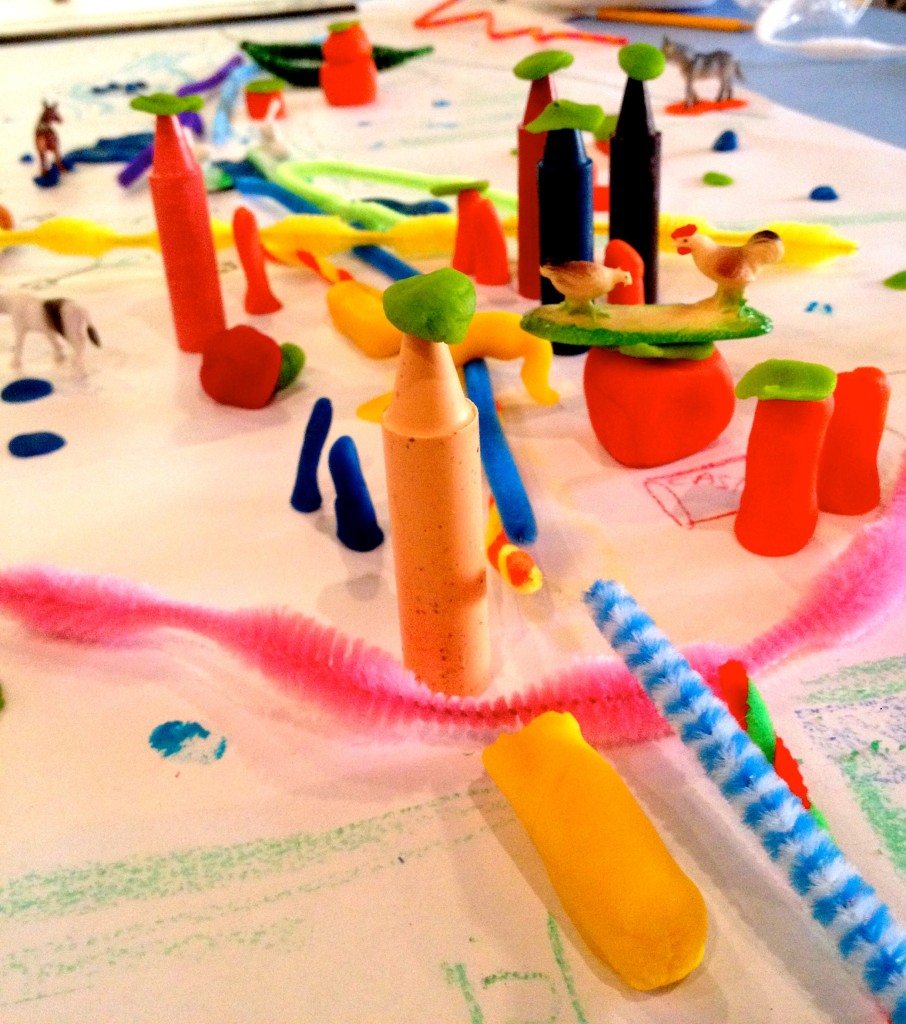 After this analysis was presented, the workshop began. The Healthy Rivers workshop encouraged active participation by not allowing participants to sit in chairs during the session.  The audience was divided and assigned tables depending on their professions; thus urban planners and architects were at one table, scientists were at another, and professionals from academia were at a third. Each table was provided large sheets of paper and a selection of creative materials including crayons, play-doh, pipe cleaners and foil. First, participants were challenged with using these materials to depict what the Liesbeek River area currently looks like. Each group created their model, and after 15 minutes, teams moved around the workshop to explain their ideas. Following explanations, teams were asked to transform their current models of the river basin into what they wished the area would look like in the future, approximately 10-20 years later. 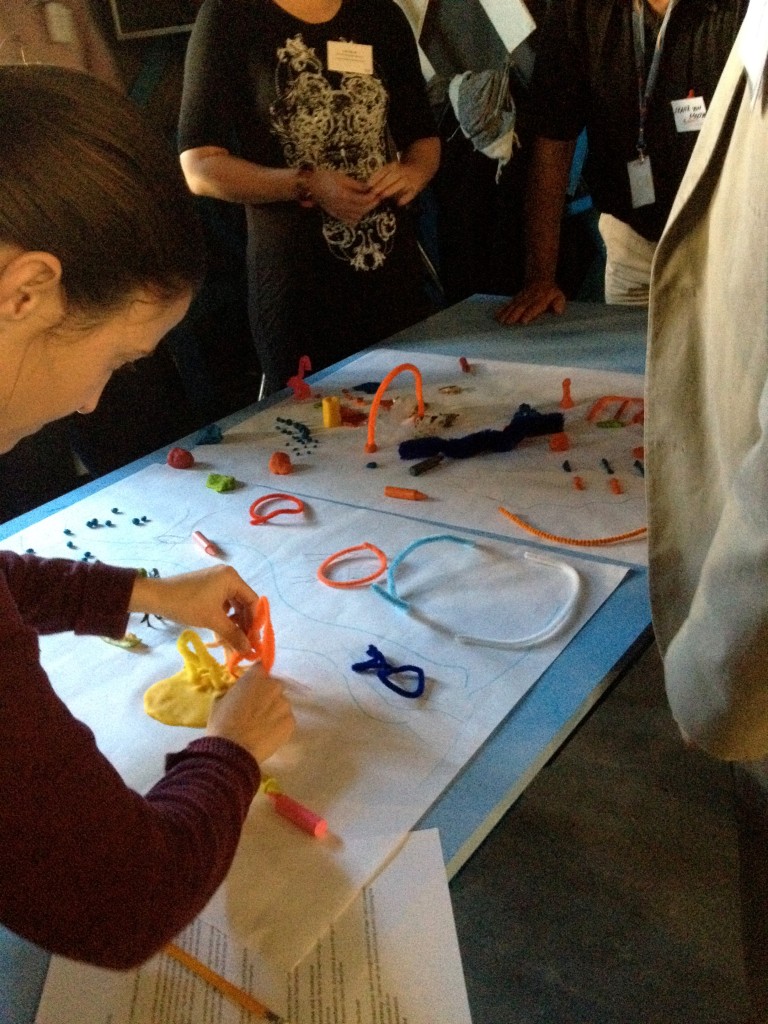 This challenge forced teams to re-invent the Liesbeek River area without fundamentally changing the pre-existing structure. In tune with sustainable revitalisation methods of environmental development, actors from all facets of society were asked to collaborate together to formulate sustainable methods of development that could better the natural habitat while making it more liveable for neighbouring communities. Some of the major suggestions included creating better accessibility between neighbourhoods. Participants reflected that currently, some neighbourhoods were structured in a very isolated manner, with large gates and a lack of interaction with the river. Others suggested that there needed to be more awareness about the current state of the river among residents. For instance, encouraging schools to support Liesbeek River clean-up days could help raise awareness. Another group suggested that during sporting events at Newlands, a table could be set-up to provide information about the river and encourage participation, especially among children, and taking a more active role in river health. Long-term ideas included reducing the number of flood areas near the river to help to reduce run-off, and increasing the number of indigenous plants and wildlife. Reception toward this workshop was extremely positive. By working within a holistic system, the audience expressed their need to look constantly towards the larger picture of the Liesbeek River, integrating multiple neighbourhoods into one cohesive development plan.  A few individuals said this system allowed participants to design with the system, rather than designing for the system. In this way, each person needed to let go of his/her own opinions, accepting a sense of working within the system and altering problem areas depending on the needs of the system. The opportunity to network with people from various disciplines helped create a sense of ownership between those from diverse backgrounds. If you are interested in what you can do to help the Liesbeek, visit the Friends of the Liesbeek River Club’s website here: http://fol.org.za/. Their next community clean-up day is on 19th July, in time for Nelson Mandela’s 67 minutes of community service day.