When Bicycle Empowerment Network (BEN) distributes a donated bicycle to a deserving beneficiary, the moment most recognized, is the one when the recipient becomes the owner of the bicycle. But what few people are aware of is the story behind this moment called the Cycle of Love.

In this particular story, this moment in the Cycle of Love ended in Mitchell’s Plain, Cape Town with a young man named Thomas Paulsen (31). 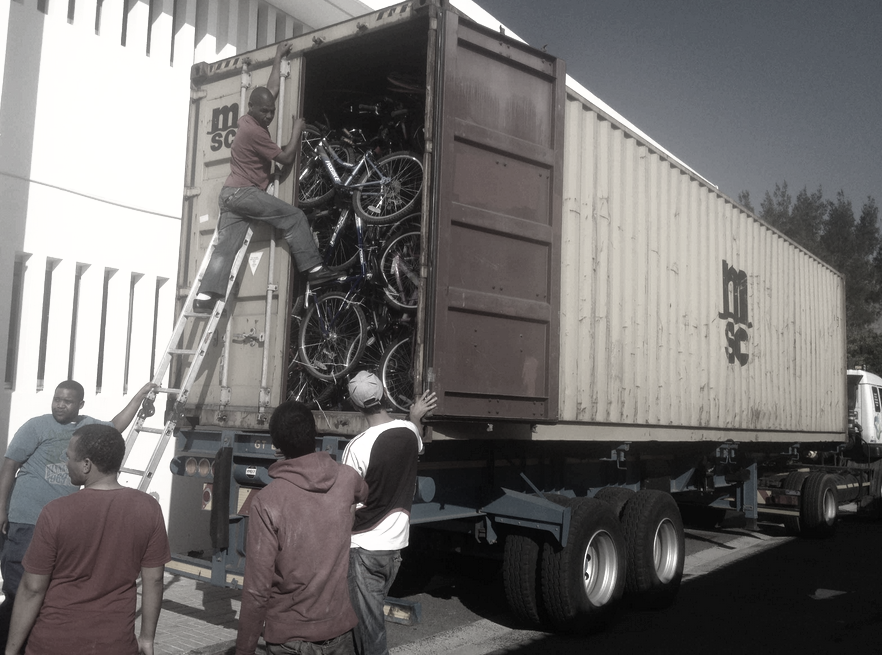 The Cycle of Love started 5 years ago in Ipswich, a town located in the United Kingdom. Young James Black (16) who for quite some time had his eye on the beautiful Batavus city-bike at the local bike shop. After months of working part-time, he excitedly made the journey with the saved £300 to purchase the bike. For five years James and his Batavus were inseparable, and after countless hours of cycling, James became keenly interested in sports cycling. This led to the decision to upgrade to a new road bike. The eagerness of the new road bike soon dampened by the realisation that he would have to part with an old friend, the Batavus. He pondered long and hard and eventually decided that he’d like someone else to experience the same joy that he did with the Batavus. He’d heard of Re~Cycle, an NGO that collects and distributes bikes to Africa, and decided to contact them right away. He was then put in contact with Amy Shanks, a young volunteer who collected the bike. When Amy arrived, James handed the bike over with a saddened heart but also with the reminder of the joy it would bring the next person.

Amy Shanks, a keen amateur track cyclist forms part of a cadre of volunteers who support Re~Cycle. She dedicates one afternoon a week to helping the organisation. After collecting the bike she takes it to a sorting and storage depot in Colchester. “Another beauty,” she thinks as she glances at its classic splendour before unloading it. The bike moves to the next cycle, more specifically, the hands of apprentice mechanic Victor Smythe, who volunteers half a day a week at Re~Cycle. Victor is handed the Batavus to grade and warehouse. As he gets to work he tries to imagine who the next owner of the bike would be and with a slight grin thinks, “I love this job.”

Three weeks later, Bert Bertish (52) is in the middle of preparing a container for South Africa. He checks the request slip from Cape Town’s Bicycling Empowerment Network and tries to pick a selection of bikes which best matches the list. “Another one safely off”, he ponders as he locks down the container doors. The container travels eighteen uneventful days by ship. In the meantime, Donna Houghton carries on with her life, unaware that the R50 000 she donated to BEN to cover shipping costs, was being used at that very moment.

The excitement at the BEN warehouse is palpable whenever a new container arrives. The Ben staff and a small army of volunteers lean forward to get an early peep as the container doors are opened. Four hundred shiny bikes including one striking green Batavus! The BEN team start unpacking, grading, checking and warehousing while trying to contain their excitement.

Once the bikes are sorted and warehoused (Batavus is #26654), Uncle Solly, BEN’s workshop manager contacts BEN’s Bicycling Empowerment Centre partners. The partners are made up of community based entrepreneurs identified by BEN and trained as mechanics and small business operators. They are then set up in converted shipping containers as small community bike shops. Excitedly he informs them that a new shipment of bikes has arrived!

Back in Mitchell’s Plan, business has been brisk and Bicycling Empowerment Centre Manager Mr Bean finds that he needs to replenish his stock and elatedly drives through to BEN’s warehouse. “That’s a good one” he thinks as he strolls past the Batavus. He picks five other bikes, loads them up and makes his way back to his shop.

Mr Bean gets to work on the Batavus, stripping it down, cleaning it and addressing a few minor repairs. He’s barely finished polishing the frame when Thomas Paulsen walks by… 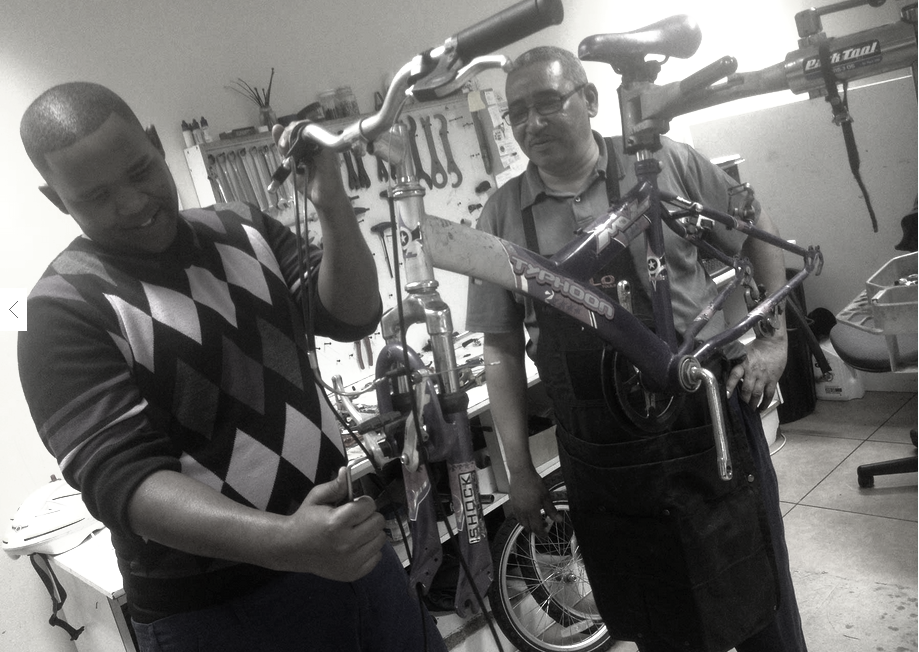 Thomas’ life has changed significantly since the Batavus bicycle became his primary form of transport. He has always wanted a good bicycle, but did not have the R3 000 needed to purchase one. Bicycle Empowerment Network, operates in various communities to ensure that cycling is an option. It also cultivates entrepreneurship by converting shipping containers into shops where donated bicycles are repaired and sold in communities around Cape Town.

Thomas is employed part-time as a factory worker and pays R90 per week in taxi fares to get to work. He purchased the Batavas for R600, and in less than two months, the bike has effectively paid itself off with no more taxi fares. By cycling to work he saves up to R720 per month, and in a year, this amount adds up to more than R4000. Transport fees weigh heavily on the pockets of commuters, and take the place of more pressing necessities such as groceries, school fees or medicine.

The Cycle of Life is a story of change, from a past circumstance to a present solution where a bicycle has the ability to change the life of a family.