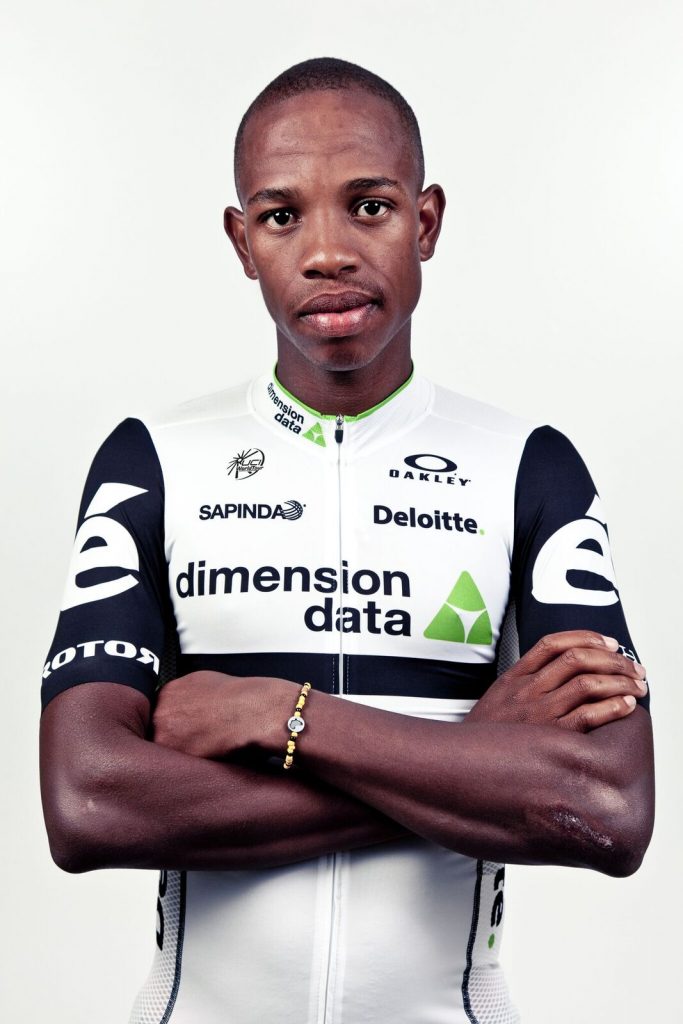 Songezo moved to Cape Town from Mthatha, in the Eastern Cape, after the unfortunate passing of both his parents. It was in Cape Town that he had his first encounter with bicycles and more specifically, competitive cycling, when the Cape Argus passed by his home. It was then when he decided to join Velokhaya Cycling Club.

“I couldn’t ride a bike. But when they asked me how I could sign up when I didn’t know how to ride, I told them, ‘Because I’m going to learn!” Songezo recalls. “After finishing my first race in last place, it took me two years of sacrifice and perseverance to discover my talent on the bike. Six years later, I turned professional. In 2013, I finished fourth in La Tropicale Amissa Bongo in Gabon and in 2014 was a key rider, protecting the team’s designated leader deep into the respective stages. In 2015 I rode my first grand tour, the Vuelta a Espana and rode in two stage long breakaways.” 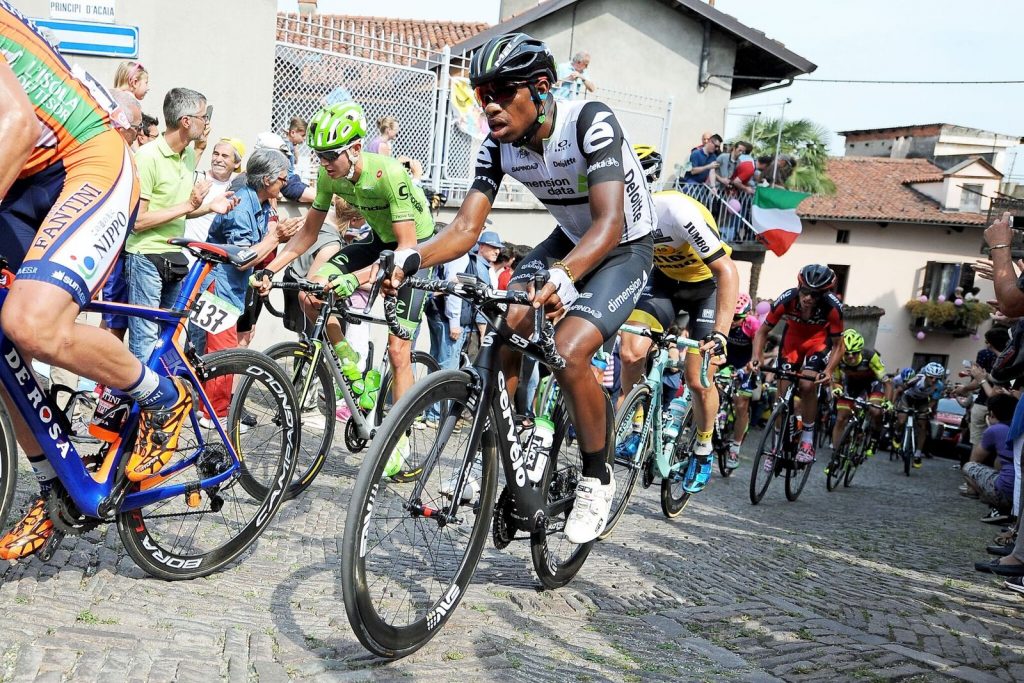 Today, Songezo is a professional cyclist for Africa’s first UCI World Tour team, Team Dimension Data for Qhubeka. He’s proud to be part of the team that supports Qhubeka. “Back in the days when I lived in the Eastern Cape, I used to walk to school. I walked for over an hour to get there,” he says. “I know how it is and how much time it takes, so the Qhubeka project is something I really love. And it’s not about spoon-feeding people – you have to work to get a bike, which is great. It’s something I never had and I appreciate what they’re doing.”