The Agri meets Design FARM:LAB brought together a group of diverse individuals for a three-hour brainstorming session. The objective was to conceptualise how the Philippi horticultural area could be turned into a multi-dimensional site that interacts with the larger Cape Town area.

This question was formulated based on Philippi’s current context. Currently, Philippi farmers produce 50% of the vegetables sold in Cape Town. About 70% of this produce (or 1,500 tons) moves through major SA supermarket chains, and 30% is distributed to smaller or informal shops.

Philippi is a vital horticultural area due to its proximity to the market of greater Cape Town. Its soils are idea for crops and it supports an abundance of underground water.  The area supports a great micro-climate, allowing for year-long production. In addition, Philippi has a pre-existing farmer’s organisation, which acts as a powerful support and lobbying system.

However, Philippi has recently taken the interest of major real estate developers who are looking to use this land for increased office buildings and houses. Therefore, the objective of this lab session was to conceptualise what the future of the Philippi farm area would look like, and what steps we can take to bring it to a future hub of agriculture and design. Challenges to the area include water (there is frequently flooding due to some of the area being on wetland); land ownership contestations; socioeconomic issues in the district; and the issue of illegal dumping.  Many in the audience also identified that there was disconnect between the immediate communities in Philippi to the greater Cape Town public. 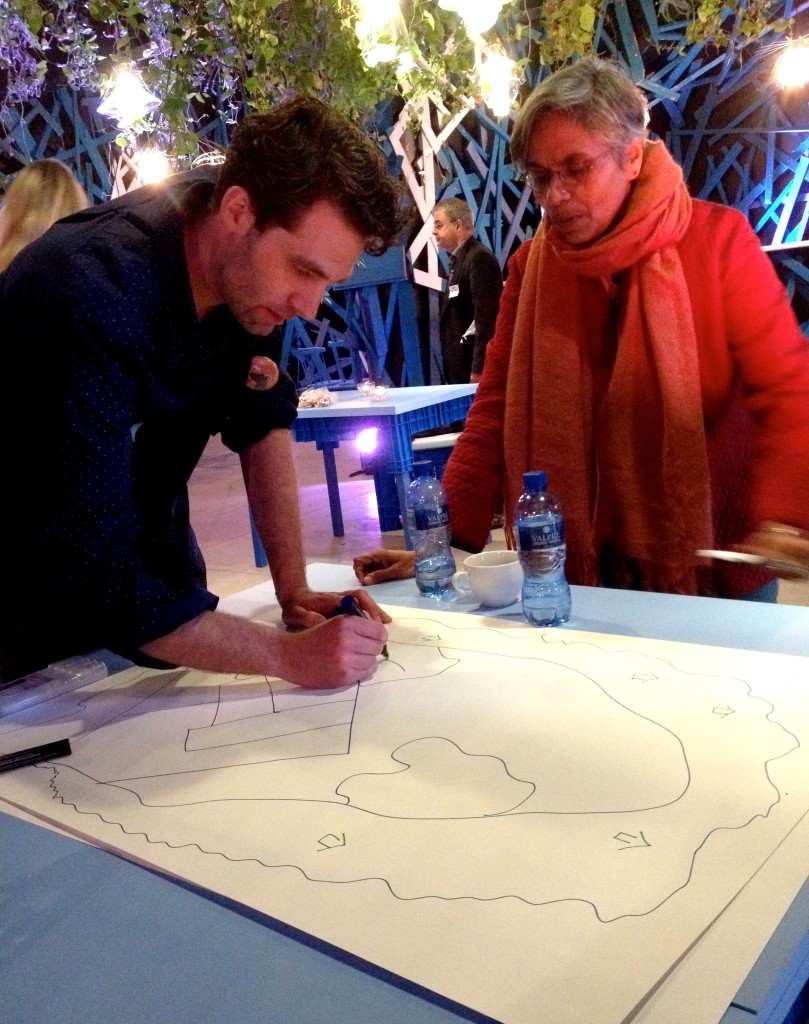 To conceptualise the future of the Philippi agricultural hub, the audience divided into four smaller groups. Each team was given an hour of collaboration time and provided with drawing paper to draft their innovations for this critical area. After this time period, groups reconvened to share their ideas to the entire lab. Some of the small groups’ key findings were:

The Philippi agricultural district’s continued existence as cropland is non-negotiable, if we consider the land’s value 100 years down the road. It certainly becomes much more valuable as a major food producer to the city than it is if it were to be developed into additional housing. Above anything, this land needs conservation. Our city needs to take political and legal measures in order to protect this land, so that it remains in the long-term.

At the centre of everything is the necessity to secure land. There were stimulating conversations between Philippi and Gugulethu farmers in the audience. These farmers identified the need for a communication channel in order to have access to other farmers in similar situations as their own. Creating an associative network between Capetonian farmers is a future goal. Moreover, it is important that emerging farmers have a pathway to food production. Currently, the value chain of food production is practically impossible for emerging farmers to access. The district needs a skills transfer programme, where successful farmers in the province can mentor emerging farmers.

It was the belief of many groups that the majority of Capetonians do not know how much Philippi actually produces, or its vital importance to the greater city. Therefore: How can we add value to the land, so that the greater Cape Town area understands the necessity of this area?

The average consumer does not currently understand where the majority of their produce is coming from. There is a need to create a solid Philippi ‘brand,’ which would create awareness of the area. Things such as social media campaigns and creating ‘produced in Philippi’ stickers for produce would help increase the knowledge base. For instance, South Africa has labels for wine that provide initiatives to preserve land. It says that the methods of production are without excessive chemicals, that are fair trade and that conserve natural spaces. Can we emulate this practice for produce distribution? 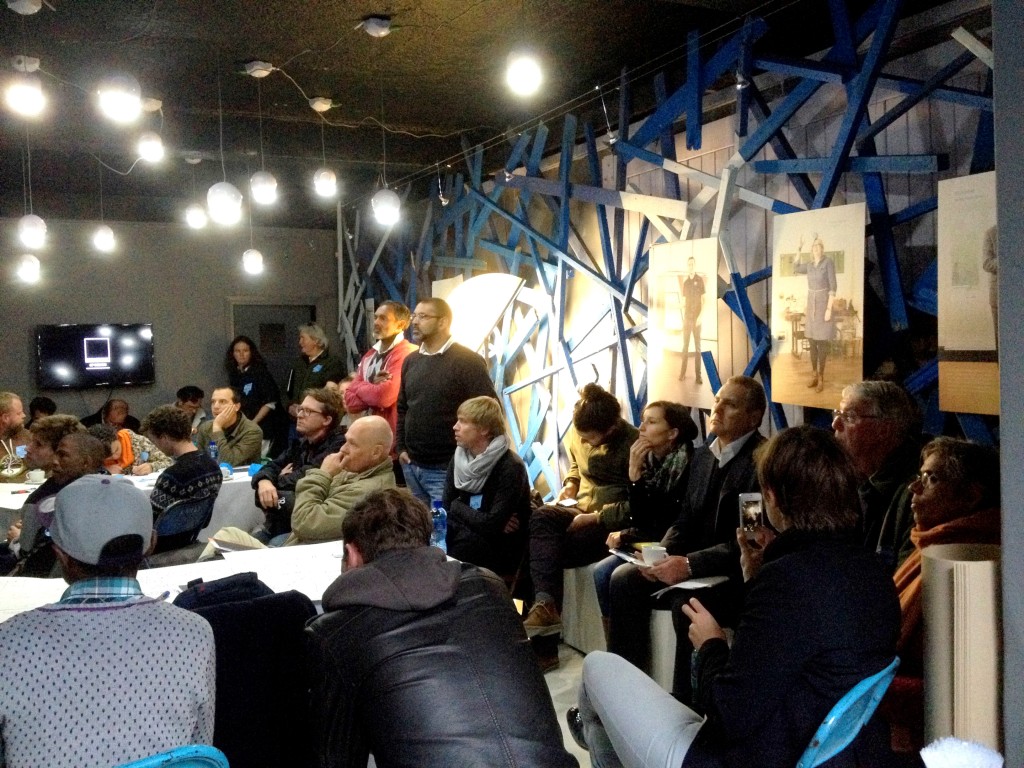 What was interesting about these groups was the dominant opinion that the Philippi horticultural area needs to be protected and saved for farmland, rather than development. Many various participants this was partially because of the information about the Philippi district they were presented with at the lab. Without knowing the statistics of exactly how important Philippi and its produce is to Cape Town, would we appreciate its conservation as much?

In this context, the dominant conclusion of this lab was that (1) certainly this area needs to be reserved for farmland; and (2) awareness of its importance needs to spread through Cape Town – before it is sold-off to real estate development.