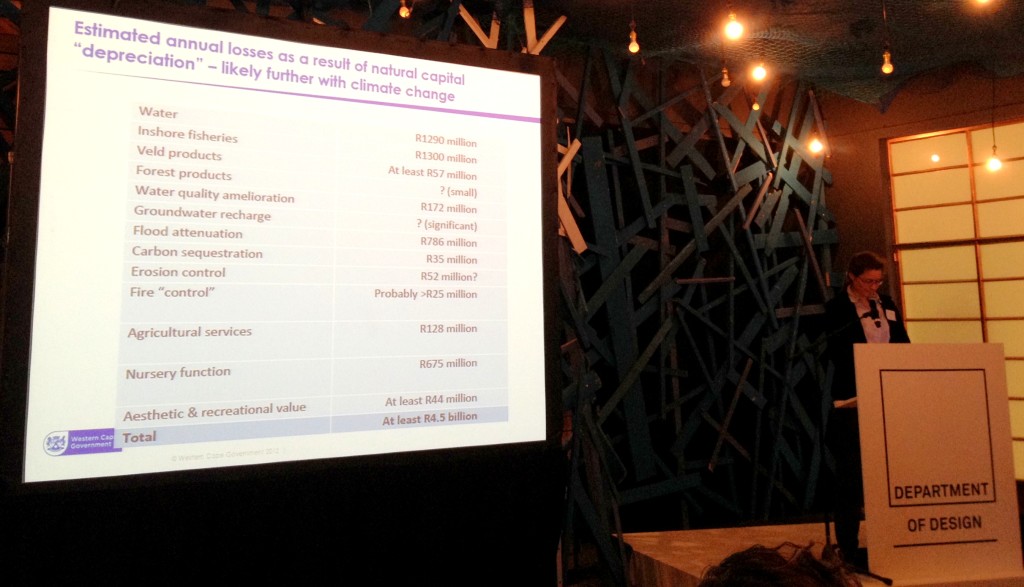 Kristian Koreman, founder of Zones Urbaines Sensibles, kicked-off Department of Design’s day of climate consciousness. During the workshop, it became apparent Cape Town needs to address the problems of climate change with immediate and tangible solutions. Yet, exactly how to address these issues, and which ones to focus on first, becomes convoluted after the context was laid fully bare.

Cape Town faces unique challenges. The city is currently witnessing sea-level rises in highly desired and expensive residential neighbourhoods. Simultaneously, terrestrial flooding takes place in Cape Town’s poorest neighbourhoods and most of the regions affected are home to informal settlements. When looking to address the impacts of climate change through policy, who should be given the first priority?

While wealthy neighbourhoods can take private initiatives to reduce the effects of climate change, poor communities are often forced to rely entirely on government help. This creates increased vulnerability of Cape Town’s poorest communities, as the public sector lacks the capacity to help all affected individuals.

Climate change will impact social as well as economic dynamics for the city. Yet, does the average citizen understand the importance of addressing climate change? Does the average government official even understand the complexities such an issue poses to policy? Increasing awareness of climate change and the issues it poses is needed. Currently in South Africa the environment is very low on the agenda. In order to incorporate sustainability into policy, we need to change the government’s perception of the issue.  Cape Town needs to find ways to better communicate the issues of climate change in ways that are meaningful both to everyday citizens as well as policymakers.

Thus, the question becomes: What are the steps we can take to affect a change in thinking?  One of our participants offered an answer by sharing an anecdote. If government invests in infrastructure development by building houses and highways nobody asks, “Why are you spending money to build this?” Even though these are long-term investments that may take many years for their profits to become realised. Instead, the individual sees these investments as being for the common good. Why can’t we pose green infrastructure initiatives in a similar fashion?

Practitioners need to convince the public sector that green initiatives are as profitable as other infrastructure development proposals. Implementing green methods to counter climate change will result with fewer economic losses for the future. Individuals involved in this field need to learn how to forecast the accumulation of wealth and profit that can be realised through implementing sustainable design.

Helen Davies, director of climate change and biodiversity for the Western Cape Government, followed this discussion by outlining an approach to mitigate climate change. She identified increasing research capacity as being the city’s key priority. Cape Town is in desperate need of innovation in technical and social responses, particularly when it comes to financing interventions.

Davies also explained that mainstreaming a common response to climate change amongst governmental sectors is needed. She identified existing gaps between governmental policies and the reality on-the-ground, as well as a divergence between national and provincial actions. She ended the workshop with four key messages that are pertinent to us all:

The take-away message during this workshop was that adequate awareness and interventions to address these issues are sorely needed. Rather than creating temporary solutions and quick fixes to individual problems, a comprehensive plan to address the long-term effects of climate change is vital.

Climate change threatens every aspect of the city from the wealthiest houses to the poorest townships. It affects tourism, real estate and private investment. Without an appropriate action plan and coordinated support backing such an initiative, Cape Town will experience heavy socioeconomic setbacks in the future.