CAPE TOWN (1 December 2017). 2018 marks the year that Nelson Mandela would have celebrated his 100th birthday. In celebration of his ongoing legacy, the Mandela Foundation, the Dutch Ministry of Foreign Affairs, the Royal Dutch Football Association (KNVB) and various South African and Dutch partners will gather at the Workshop 17 in the V&A Waterfront on 1 December 2017 to present the Mandela 100 Project.

The overall mission of the conference forms part of the ‘Football and Social Development post World Cup 2010 and on to 2020’ agenda. Together, the various stakeholders will unpack the legacy of the World Cup and the impact this event has had on the development of soccer in South Africa. The conference will focus on the continued support of the KNVB’s international programme WorldCoaches in South Africa and the desired outcomes of the project. Since 2009, more than 3500 WorldCoaches have been trained.

During this conference, a Memorandum of Understanding (MoU) will also be signed between the Mandela Foundation and the KNVB. The MoU will establish the KNVB as the Mandela Foundation’s preferred sports partner The plan for the Mandela 100 project is to leverage Mandela’s philosophies around education, freedom, leadership, and sports.

The MoU will be attended by Netherlands Consul General Bonnie Horbach and Johan van Geijn, Specialist in International CSR Partnerships for KNVB and WorldCoaches.

“Sports introduces young people to opportunities and resilience. With 50% of South Africa’s population under the age of 25, we need to focus on the youth. With our campaign #cocreateSA, we aim to establish long-term relationships focusing on local challenges. The KNVB has been this long-term partner of South Africa and we support their ambition to train more WorldCoaches,” said Hor- bach.

"The KNVB values positive, long-term relationships. South Africa is a country we share a history with. The MoU extends the value of our partnership with The Mandela Foundation, by focusing on the development of the game in South Africa and assisting in building local capacity," said Johan van Geijn.

The contents of the Mandela 100 project proposal includes:

The Sports Conference will also include the signing and handing over of Johan Neesken’s Career Book. Neeskens is a Dutch soccer manager, former player and WorldCoaches Ambassador. 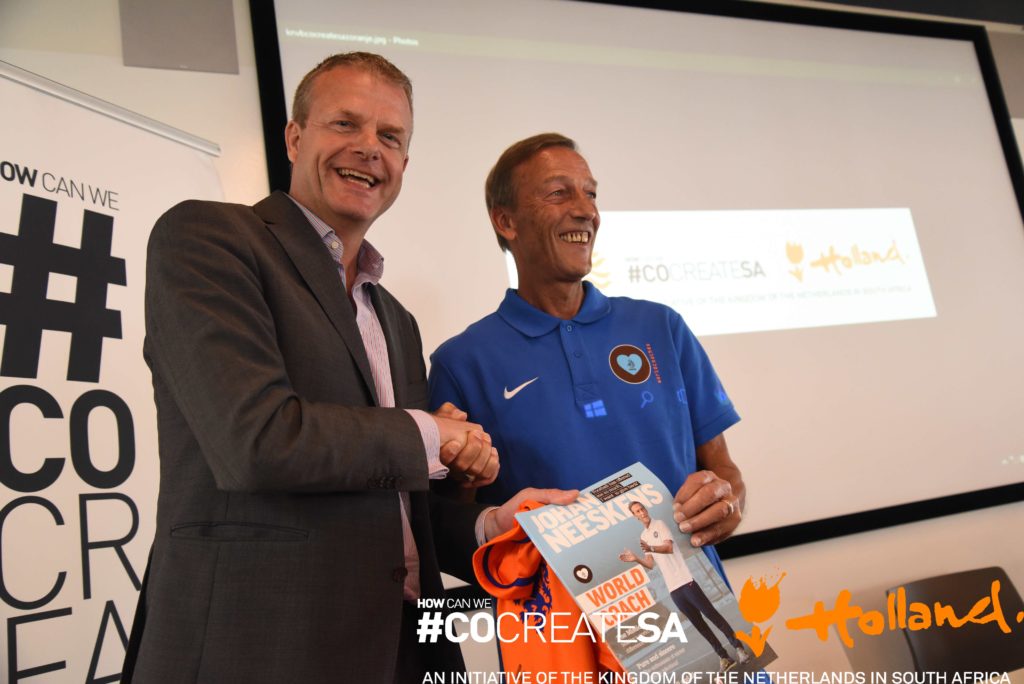